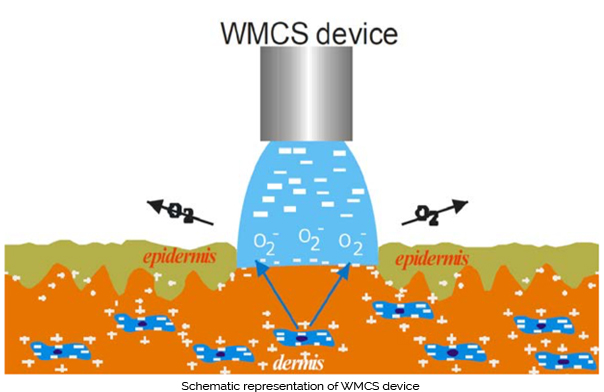 Although, Electrical Stimulation (ES) has shown superior effects on the healing of wounds and other injuries, the method has not been widely adopted. Traditionally, the administration of ES mostly occurs via electrodes placed next to, or directly on, the wounded tissue. This is challenging and has some undesirable side effects. Positioning and removal of the electrodes often causes pain to the patient and increases the risk of infection. Also, due to the inherent nature of this method, the electrodes have to be frequently re-positioned in order for the induced current to cover the whole wound area.

WMCS is an innovative, non-invasive, noncontact technology that administers ES to a wound. It disposes of contact electrodes and thereby circumvents the risk of infection during treatment. Due to its contactless mode of action, WMCS also eliminates the pain and discomfort associated with the administration of electrodes to open wounds. The WMCS device utilises the current-carrying capacity of air gases such as the ability of oxygen and nitrogen to accept or donate electrons, respectively. Negatively charged oxygen ions are “sprayed” onto the wound. When reaching the surface of the skin, these ions discharged their extra electron to the damaged tissue. A single electrode, attached to the patient far from the treatment site, closes the circuit without physical contact to the wound. Thereby, the WMCS device produces a direct current (DC) at a very low intensity of 0.5 – 4.0 μΑ. As this low intensity is similar to the body’s innate electrical current it poses no threat for ohmic damage. Direct current in this range is also considered to produce best antimicrobial effects. 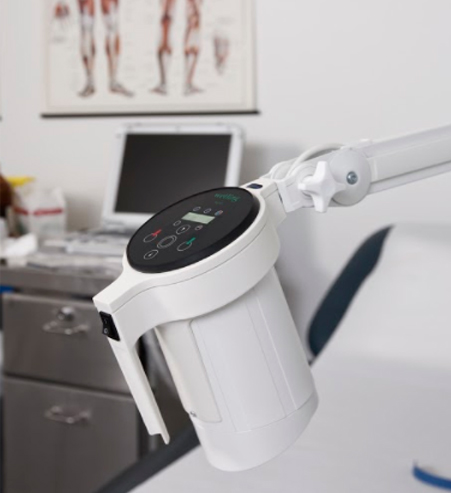 Studies have proven that there is no significant difference in the electrical potential finally transferred to the underlying tissue comparing traditional ES with WMCS. Moreover, recent in vitro data show that WMCS treatment specifically activates the MAP kinases ERK1/2 and p38, promotes wound closure, and increases cell proliferation and TGFβ1 secretion in cultured fibroblasts and osteoclasts.

Clinical studies have shown clear progression of healing of chronic wounds, acute wounds, and other injuries. Additionally a significant reduction of pain has been observed. The absence of contact electrodes eliminates the risks of contamination, electrochemical reactions, and any pain or discomfort associated with contact electrodes. WMCS has been tested on different chronic wounds with various ulcer aetiologies, burns, surgical wounds, traumatic wounds, and soft tissue injuries. 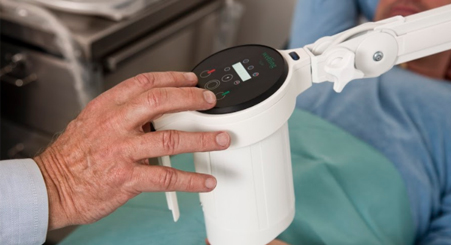 In addition to the positive effects of traditional ES mentioned here, the WMCS technology provides the following advantages: